Not This Time’s Epicenter rolled to a 6 ½-length victory in the Dec. 26 Gun Runner S. at Fair Grounds, just one race after the Taylor Made stallion’s North County captured the Untappable S. over the same track. 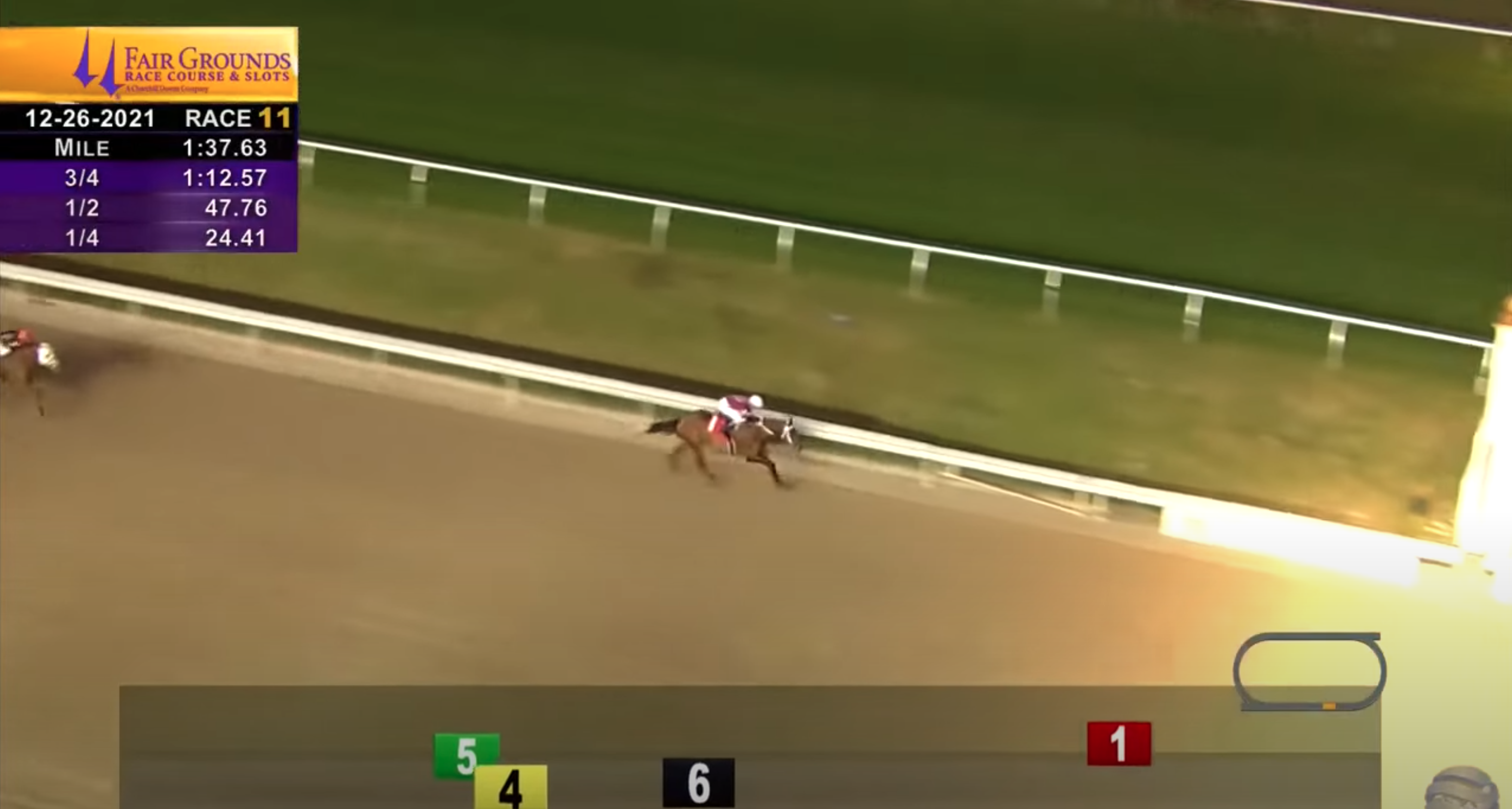 Not This Time, the leading Second Crop Sire of 2021, now has 13 stakes winners and over $5.4 million in progeny earnings.

Epicenter, coming into the Gun Runner off a one-mile maiden win at Churchill Downs, came away alertly from post one and switched to the outside to take on pacesetter Surfer Dude going around the clubhouse turn. Those two swapped the lead a handful of times over the next six furlongs. Epicenter took command for good just before entering the stretch and drew off late to win in hand in 1:44.19 for the 1 1/16-miles on a fast track.

“We love his tactical speed, his ability to put himself in position to do well and Brian did a great job with him today to let the speed go on, and change sides,” Scott Blasi, assistant to trainer Steve Asmussen, said. “He’s still lightly raced, still learning, but hopefully there are some big things to come.”

With the Gun Runner win, Epicenter now sports a 3-2-0-1 record with earnings of $130,639 for Winchell Thoroughbreds. He also earned 10 points towards a starting spot in the 2022 Kentucky Derby (G1).

Epicenter was bred by Westwind Farms and sold for $260,000 to his owner at the 2020 Keeneland September Yearling sale.