Taylor Made sales grad Jackie’s Warrior put in an impressive effort at “The Spa” Saturday, taking the Amsterdam (G2) by over seven lengths in the slop for the 6.5 furlong test. The victory earned the newly crowned millionaire his career-best 101 Beyer speed figure. His fifth graded stakes victory, Jackie’s Warrior took a pair of Grade 1’s in New York as a juvenile, and was seen winning the Pat Day Mile (G2) earlier this year on the Kentucky Derby undercard. 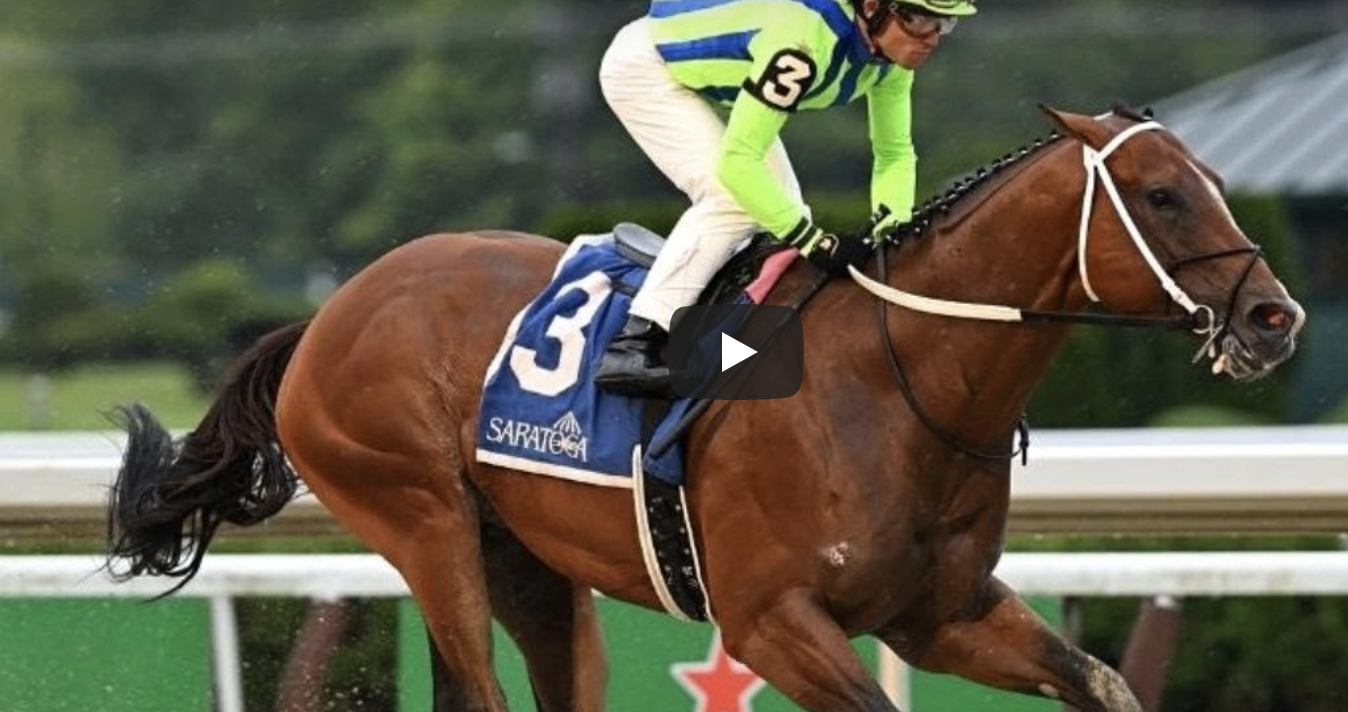 Jackie’s Warrior controlled the Amsterdam (G2) from the break, dueling briefly alongside familiar foe Drain the Clock, but had opened up by over two lengths by the half mile marker. Turning for home the Asmussen-trainee had no immediate threats, and with little to no urging from jockey Joel Rosario, the speedy colt poured it on down the stretch to win by over seven lengths, clocking fractions in 21.46, 43.85, 1:08.62 and a final time of 1:15.46 as he eased up under the wire.

“I wouldn’t be scared of running him against anyone at one turn,” Asmussen said about the son of Maclean’s Music. “And how do I measure that? We’ve had some good ones and he’s one of them.”

Asmussen said the August 28th H. Allen Jerkens Memorial Stakes (G1) at seven furlongs would be next for Jackie’s Warrior. The $500,000 stakes for 3-year-olds is contested at Saratoga where the bay colt is now 3-for-3. (BloodHorse reported)

Bred by J & J Stables, Jackie’s Warrior was a mere $95,000 purchase from the Taylor Made consignment at the 2019 Keeneland September Sale. Purchased by owners Kirk & Judy Robison, the stellar colt has now won 6 of his nine starts, only finishing out of the money once with a fourth place finish in last year’s Breeders’ Cup Juvenile.