Knicks Go, who is scheduled to take up stud duties this year at Taylor Made Farms, was named the World’s Best Racehorse of 2021during Tuesday’s virtual ceremony from the National Horse Racing Museum in Newmarket, England, earning a ranking of 129. 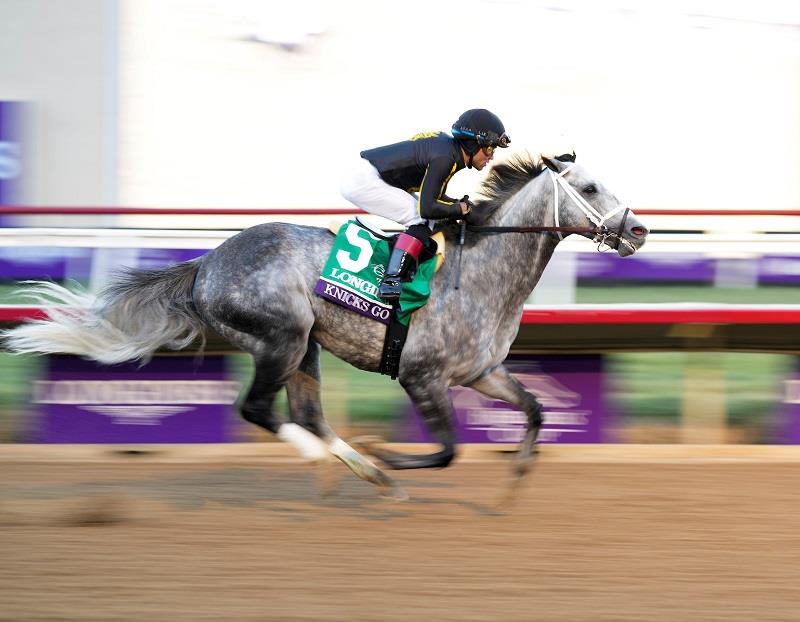 The Longines World’s Best Racehorse Rankings are established by international handicappers according to the performance of the horses in top races.

“He’s got a ton of class and he’s a very intelligent horse,” said trainer Brad Cox during the ceremony. “He’s been at this for a few years now. Some of the things that set Knicks Go apart from other very good horses is definitely his ability to shut off things mentally. He’s aggressive training, but when he’s finished training he takes a deep breath and relaxes. He’s gotten better as he’s gotten older mentally and I think that’s one thing that really benefitted him this past season.”

He began the year in January winning the Pegasus World Cup Inv. (G1), and will be looking to repeat in that race in what will be his final career start on this Saturday, Jan. 29 before moving to Taylor Made. Pegasus post positions were drawn Tuesday, with Knicks Go drawing post 1 in the nine-horse field.