A brilliant 2021 campaign earned Knicks Go a pair of Eclipse Awards during Thursday’s ceremony at Santa Anita Park, taking home the Horse of the Year and Champion Older Male awards as he begins his new career as a Taylor Male stallion. 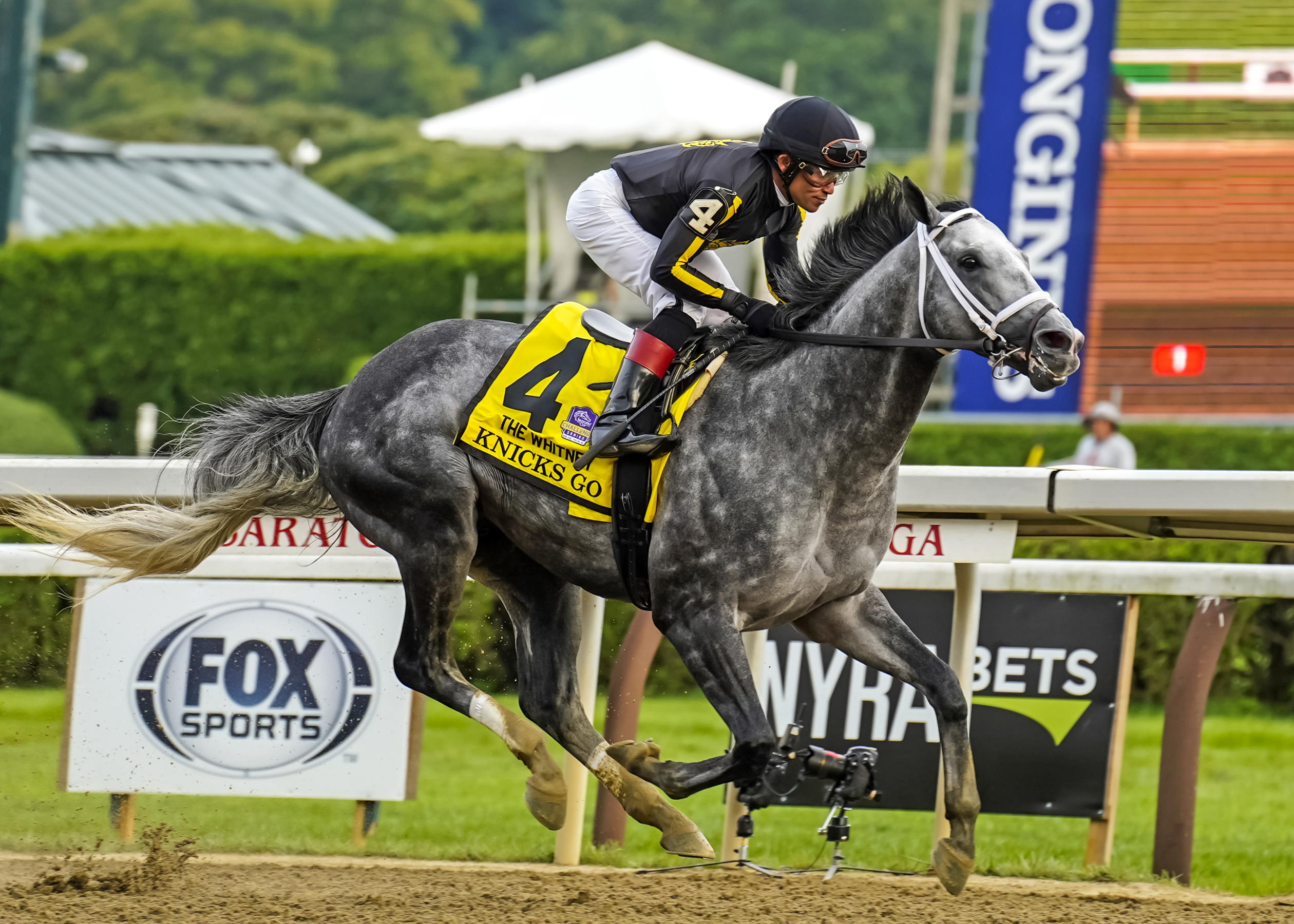 Knicks Go is the rare horse who won or placed in graded events over four seasons, beginning with Breeders’ Futurity (G1) at two and culminating with his 2021 Breeders’ Cup Classic (G1) win, where he earned a career-best Beyer Speed Figure of 112.

Knicks Go is standing his initial season at Taylor Made for $30,000 S&N.