Taylor Made Sale Agency wrapped up yet another successful sale season following the conclusion of the Fasig-Tipton and Keeneland November breeding stock sales. 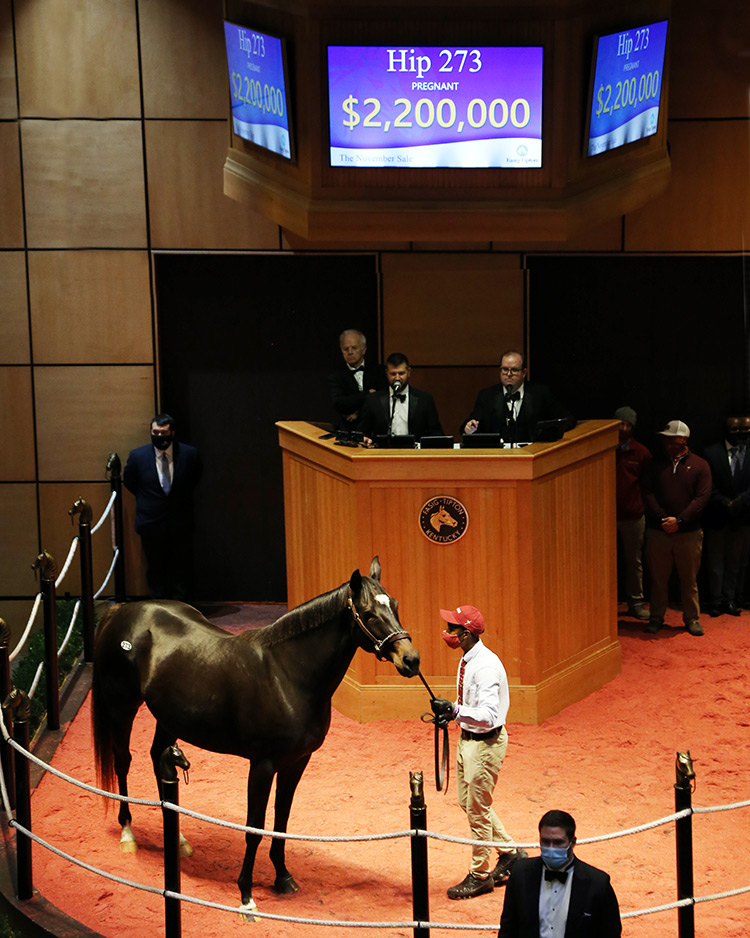 The hammer dropped at $1.95 million for Paris Bikini (Bernardini), who is carrying a foal by Uncle Mo and is the dam of G1W Paris Lights. She was also purchased by Yoshida.

Lady Apple (Curlin) was purchased from the Taylor Made consignment by Gerard Butler, agent, for $1.2 million.