As the newest Grade 1 winner representing Taylor Made Sales graduates (#121), MAXIM RATE earned her first Grade 1 victory in the May 31st edition of the Gamely S. (G1) on the Santa Anita Memorial Day card. Earning her career’s highest success, the five-year-old mare has previously been runner-up in a Grade 1 event – the 2020 Rodeo Drive (G1) – and also a dual graded stakes winner. 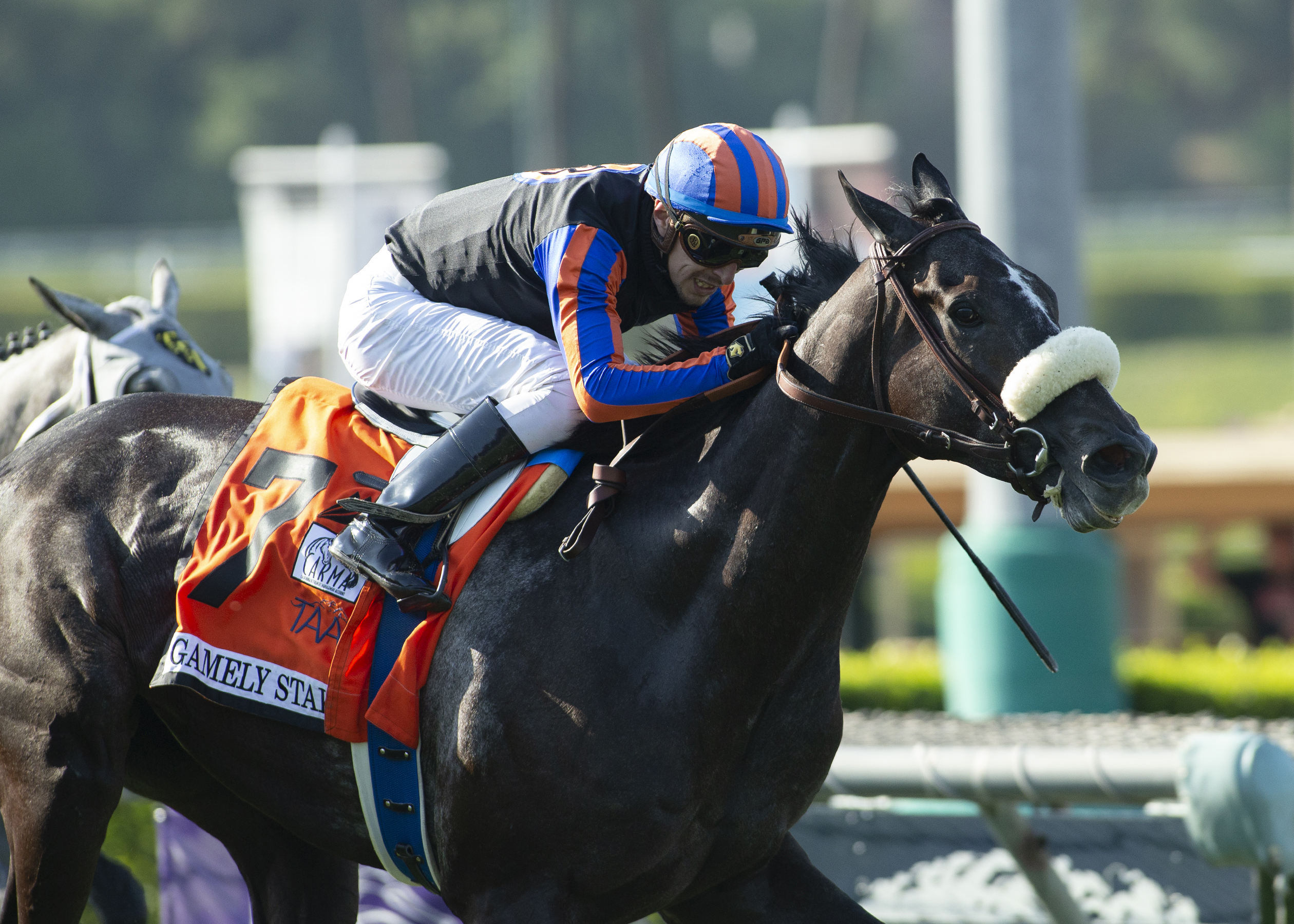 Going off at at nearly 14-1, Juan Hernandez guided the Simon Callaghan trainee to a stalking trip 3-wide in the turf contest, several lengths behind the speedy Charmaine’s Mia and Keeper Ofthe Stars. MAXIM RATE took aim three-wide leaving the far turn and proved best late, with the top four finishers finishing nearly a length of each other. The final time for the mile and an eighth was 1:46.61.

“We knew she was training really well coming into this race,” said winning trainer Simon Callaghan. “We felt that the set up would be perfect. A mile and an eighth, back here in California, I think is totally her game. We had some speed to run at and it actually turned out exactly how we wrote up the race.”

Her trainer also indicated getting to the Breeders’ Cup this fall would be the overall plan for the rest of her campaign this year.

“Maxim Rate is an example of our attitude, based on the wisdom of founder Dr. Phil McCarthy that horses should be raised naturally to be race horses above all else,” said Rob Tribbett of Fred W. Hertrich Livestock, “She was always a lovely filly, who we offered as a weanling in November, following another central tenet of our philosophy, offering quality horses at all stages. In fact, our last five Grade 1 winners off the farm have been sold at five different sales.”

A Keeneland November Sale weanling sales grad for Taylor Made, she brought $130,000 from K. D. Bloodstock. She has an unnamed 2-year-old half brother by Violence.